Four drawers are sit around a long table and they create rhythmic patterns on the improvisation of the electric piano writing with pens, pencil and felt-tips on an amplified table. In this way they create cute extemporary songs, visual-sonic creations improvised on the corner of sketchbooks, as tiny melodic pictures sketched in the air.

The table is open to the audience who can join it drawing/playing as child.

The project started as a duo (Fabio Bonelli with pencils, Antonello Raggi at electric piano) for the electronic Festival Audiovisiva 2008 (Milano), and in 2010 became a group of rhythmic drawers playing several times in Italy such as at Milano Piano City (Milano, 2012), MITO Fringe (Milano, 2011), Soul food (Roma, 2011). In 2012 MATITA cooperated with the south african poet Tanya Van Shalkwyk for the poetry festival Poesia Presente (Monza). 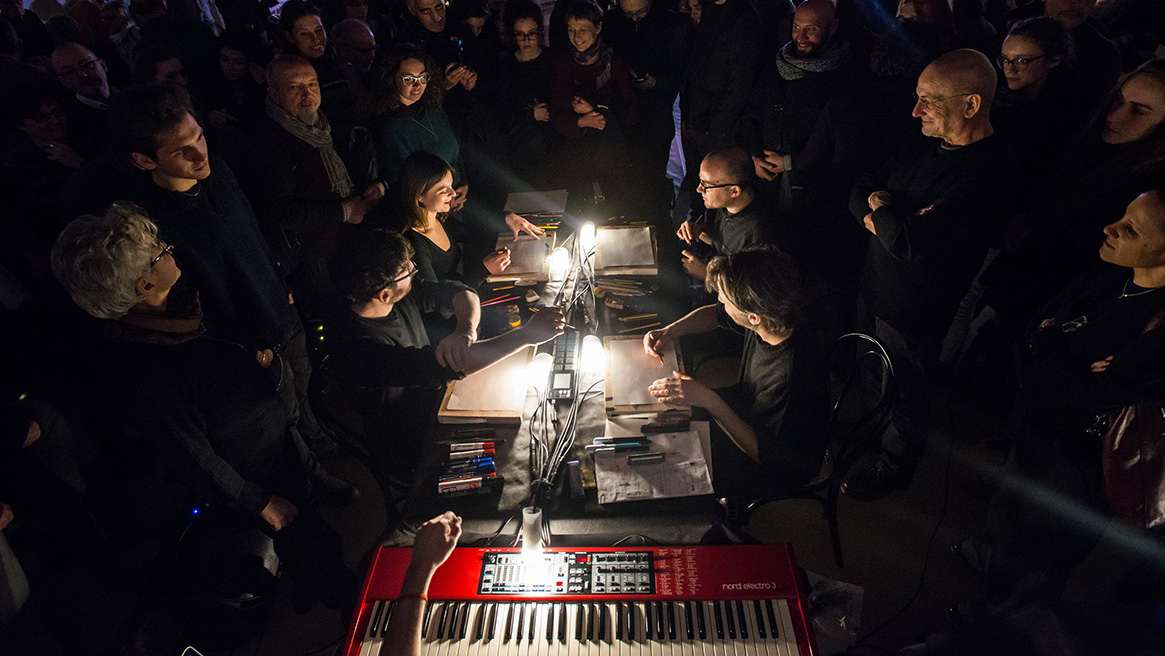